A dictionary of Anglo-Irish

Words and phrases from Gaelic in the English of Ireland

This work fills a long-felt void in the study of both Irish and English, by providing the first extensive compilation of Hiberno-English words, their meanings and etymologies. The legendary eloquence of the Irish is here shown to be the product of not one, but two languages. 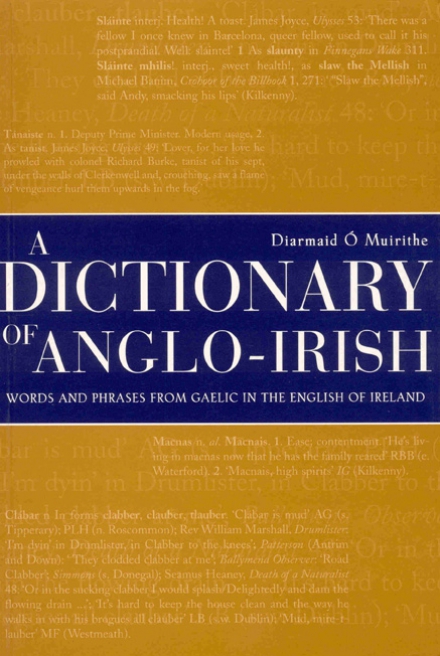