The University of Limerick

The University of Limerick was the first new university created since the foundation of the state. Its emergence was the result of a long and determined local campaign that compelled successive governments to respond. Conscious of the importance of higher education and eager to harness it for economic expansion, the state, in 1972, established a National Institute for Higher Education in Limerick. Under the leadership of a young and energetic director, Edward Walsh, the Institute forged a radical curriculum and courted the captains of the industry to support its endeavours.

The first years were difficult for the new Institute and its neighbour, the National College of Physical Education, later Thomond College of Education, which had been established at the same time to train specialist teachers. Government policy obliged both institutions to become part of the National University of Ireland, and by doing so attempted to marry two very different approaches to higher education. Although the policy proved unsuccessful, these events shaped the Institute, and prompted it to strive for university status with power to grant its own degrees. In 1989 the University of Limerick was founded, the result of hard work and careful manoeuvring. David Fleming’s book masterfully recounts the University’s history, detailing the experiences of presidents, governors, staff and students.

David Fleming is a lecturer in history at the University of Limerick. He is author of Politics and provincial people: Sligo and Limerick, 1691–1761 (Manchester, 2010) and has most recently edited, with John Logan, Pauper Limerick: the register of the Limerick House of Industry (Dublin, 2011). 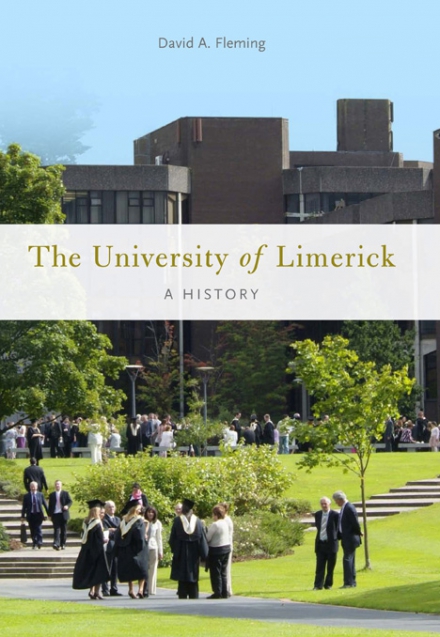