More women convicts were transported to Van Diemen’s Land from Ireland in 1849 than any other year. This is the story of several women from Kildare who made the arduous journey as the Great Famine raged. One was a married woman convicted of murder; two were young women who deliberately committed the crime of arson in order to be ‘sent out’. The youngest, Elizabeth Curry from Naas, was only thirteen when convicted and sentenced to transportation. Many of these convicts were first-time offenders and contradicted their stereotype as fallen women and hardened criminals. The reader will follow the history of these women from their convictions and sentencing in the court at Naas, to their arrival, following a long and dangerous journey, at their new home in the penal colony at Hobart. For many of these young women transportation, despite its hardships, presented the opportunity to make a new life, emancipated from the poverty and economic deprivation of a famine-ridden Ireland.

Catherine Fleming, a native of Athlone, has been living in Celbridge since 1981. A primary school teacher, she has worked in Scoil Na Mainistreach for the past thirty years. 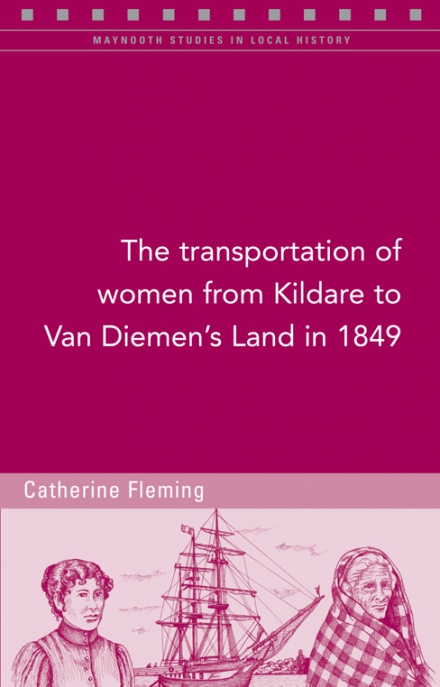