This book investigates how the anti-grazing agitation known as the Ranch War, 1906–9, operated at local level in Co. Sligo by focusing on the activities of the Riverstown United Irish League (UIL) branch. One of the most dramatic incidents of the agitation occurred in October 1908 when a young man named John Stenson was shot dead by the police at a cattle drive in Riverstown. At this time, the Riverstown UIL branch was operating a boycott of local Protestants (who refused to join or subscribe to the league) that led to a government prosecution known as the ‘Riverstown conspiracy’ case. Some of the major issues in Irish rural society during the period were played out at local level in Riverstown: the debate over law and order; the importation and distribution of guns; the tensions created in the nationalist movement by the Ranch War agitation; the emergence of a more extreme form of nationalism; unionist concerns over the fate of the loyal Protestant minority in the west of Ireland. While the various incidents at Riverstown may have been parochial in nature, they acquired national significance and, as this study reveals, attracted the attention of the leading politicians of the day.

Dr Patrick Cosgrove is currently a postdoctoral research fellow at the National University of Ireland, Maynooth. 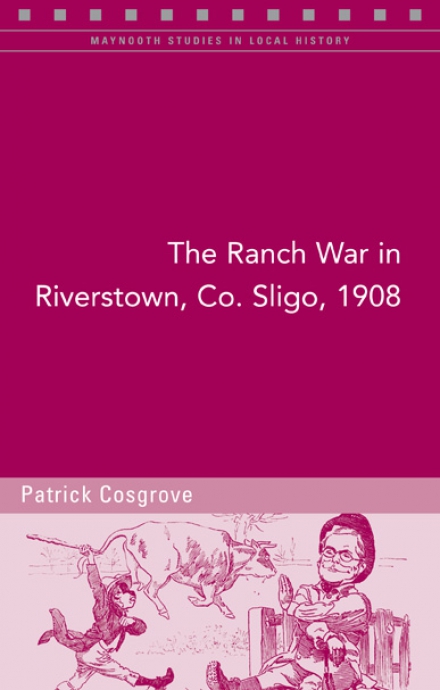