In 1870, Thomas Taylour succeeded his father as marquess of Headfort and inherited estates of over 20,000 acres in Cavan and Meath. He had experience as an estate manager, had land and capital in England and took over estates in Ireland at a time of prosperity and rising rents. Headfort’s son by his first marriage predeceased him and the estate was left to his second son Geoffrey Taylour. Inexperienced and lacking access to capital in England the new marquess had to deal with a new political and economic reality, where capital was in short supply and tenant proprietorship was seen as the only solution to the Irish land question. His response differed from his predecessor in that he now dealt directly with the tenants and their agent and subsequently became more involved in the wider community both locally and nationally. This book contrasts the different economic and political situations in which both marquesses found themselves, their responses to these situations and the outcomes for themselves, family and tenants.

Joe Mooney, a native of Dublin, lives and teaches in Meath. He is currently researching land transfers in a number of townlands in Meath and Cavan. 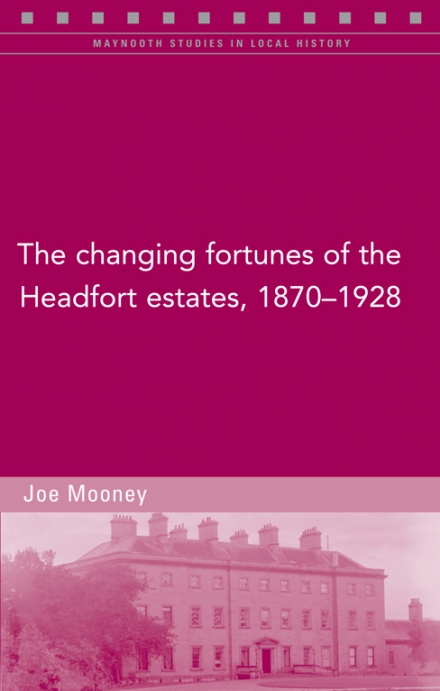