Using a wide array of sources and interviews, Michael Farry has produced a balanced, comprehensive and absorbing study of county Sligo from 1912 when the Irish Party controlled all political affairs to 1922–3 when the county saw considerable action during the civil war. This wide-ranging study offers fascinating new insights into the Irish Revolution and details how the county moved from being one of the most loyal to the Irish Party to one of the best-organised Sinn Féin counties. Farry is especially good on how both organised unionism and the strong labour movement in Sligo reacted to the rise of Sinn Féin, its election victory in 1918 and the subsequent Truce, Treaty and civil war. His use of the recently released BMH accounts as well as British military sources results in a richly detailed examination of the IRA campaign and the British reaction. It examines the superior attitude of the IRA towards ‘mere politicians’ during the Truce period and explains why Sligo saw so much conflict during the civil war.

This book is the first volume to appear in The Irish Revolution, 1912-23 Series (Mary Ann Lyons & Daithí Ó Corráin, series editors). This major new series explores the experience of the Irish Revolution, addressing key developments and issues in the period. The approach will be both thematic and chronological, and the series will bring to a wide readership the findings of a new generation of historians with concise, accessible, scholarly studies of the Irish Revolution at a county level. Each volume will take 1912 as its starting point, opening with an overview of the social, economic and political milieu, and the local experience of the War of Independence will be treated in detail. Responses to the Truce of 1921, the Anglo-Irish Treaty, and partition will also be considered. Each volume will close with an acute examination of the Irish civil war and its local impact.

Michael Farry, a native of County Sligo, is a retired primary teacher living in County Meath. He previously published Killoran and Coolaney: a local history (1985), Sligo 1914–1921: a chronicle of conflict (1992) and The aftermath of revolution: Sligo 1921–23 (2000), the latter based on his Trinity College Dublin doctoral thesis. 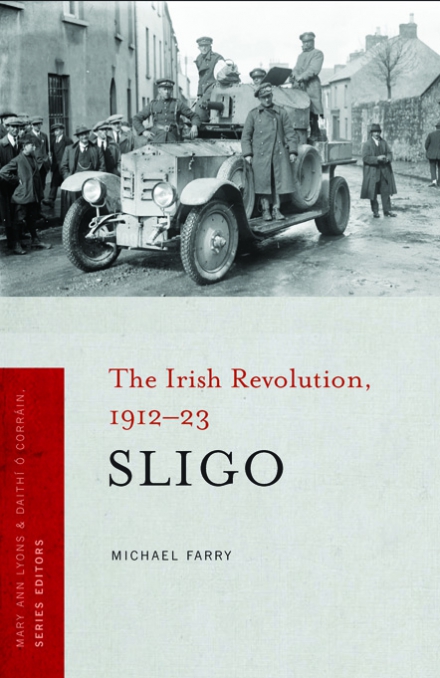