Rooted in the soil

A history of cottage gardens and allotments in Ireland since 1750

Listed as one of the 'Top Titles of 2012' by writer Aoife O'Connor in the Irish Times.

The last decade has seen a remarkable rise in gardening for the purpose of food production in Ireland. In many ways though, today’s gardeners are drawing on a part of Irish heritage that has been important since early Christian times – the use of a small patch of land to cultivate fruit and vegetables.

In this book, Jonathan Bell and Mervyn Watson, following on from their acclaimed A history of Irish farming (2008), focus on the past 250 years, w hen cottage gardens, urban allotments, farm gardens and community gardens became an integral part of the story of Irish farming. These simple production units have taken on great social importance and the debates engendered by these often small patches of land connect directly to some of the largest issues in Irish history.

This book assesses the significance of those gardens, their role in self-improvement, self-sufficiency and the reinvigoration of community spirit and pride. Many groups, such as improvers, socialists, co-operators and environmentalists, have played an important role in the development of vegetable gardens and gardening strategies. This book provides a new and unrivaled introduction to the various methods and techniques employed, and to 250 years of men and women ‘rooted in the soil’. 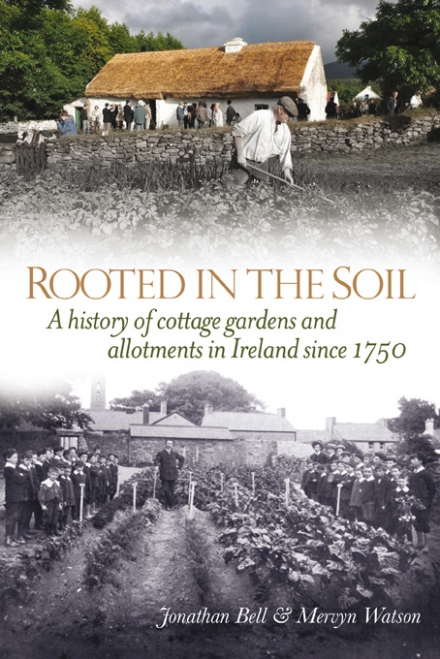