Portraits of the city

Dublin and the wider world

‘Essays on Dublin form the core of the collection, highlighting its changing position as one-time second city of empire, as colonial capital and finally as a somewhat equivocal capital of a postcolonial state … [the book is] lavishly peppered with drawings, maps, plans, perspectives and views in prints, paintings and photographs, including twenty-three colour plates. It represents an important contribution to understanding the history, geography and planning of Dublin in particular and cities more generally', Patrick J. Duffy, Irish Literary Supplement (Fall 2014).

‘This excellently produced book on Dublin and the wider world has much of absorbing interest for the nonspecialist … what was said about Dublin ninety years ago was very telling and is still valid today. Dublin was described as being a city of magnificent possibilities, with features of the first order, yet often marred by the juxtaposition of incongruous elements and sheer squalor … The book also examines urban development in Baghdad, Boston, Chicago, Jerusalem and Lisbon, a welcome opening up of comparative studies of other cities against which Dublin can be bench-marked', Hugh Oram, Books Ireland (May 2013).

‘A large format, heavily illustrated collection of essays … concerned with the shape of urban spaces and how such spatial organisation comes about … reveals much that is new and exciting', Raymond Gillespie, GSIHS (2012/13).

‘Contributions from an impressive field of international scholars, as well as some at work closer to home … The conceptual conceit at the heart of the book is to do with constructed impressions of built artefacts – i.e. their portraits in the broadest sense … this refracted approach results in greater possibilities of interdisciplinarity – cultural geographies, studies of space and place, and art and architectural histories. There is also the added value of examining the image as well as the thing … well produced and generally illustrated … the essays do indeed offer a well-rounded context for considering Dublin and the complexities involved in representing and interpreting their representations', John Montague, Eighteenth-Century Ireland (2013). 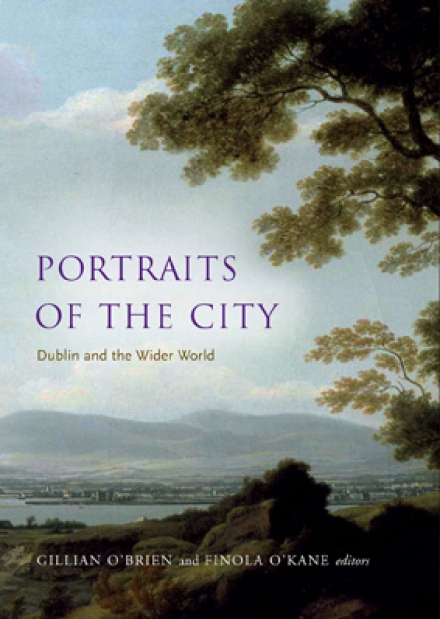