Language and style in Dante

This volume opens with an essay where “style” is viewed medievally, as a near-synonym of “genre”: Zygmunt Barański argues that fully to appreciate the presence of Horace in Dante’s works the commentary tradition and medieval reading practices must be taken into consideration. Then Antonella Braida, after a brief account of the poet’s explicit responses to medieval views of translation, maintains that in the Commedia, as the language of the divine is overcome by experience translation is denied. Cormac Ó Cuilleanáin assesses the effects of various kinds of repetition in the Commedia, including, inter alia, that patterns of sameness and difference play their part in making Dante’s poem a model of God’s creation. Jeremy Tambling offers a close reading of Inferno XXX focusing particularly on illusions and identity-loss; he understands identity as depending on separation from what would contaminate it, and style as relating to the ability to form identity. Next Michelangelo Zaccarello shows that the sonnets evidently exchanged by Dante and Forese Donati are best uncoupled from the encounter with Forese in Purgatory, and that their authenticity is far from incontrovertible. Robin Kirkpatrick reads Paradiso VII as an exercise in humility and obedience, which he sees as, for Dante, crucial principles in the intellectual as well as the spiritual life and as cardinal actors in the poet’s artistic procedures. Lastly, in an “essay in cognitive poetics” John Took undertakes an ontological reading of the poet’s work underpinned by a conviction that in Dante’s mould-breaking case style generates and sustains meaning from out of itself.

The main area of John C. Barnes’s research includes both Dante and other aspects of medieval Florentine culture. Michelangelo Zaccarello has devoted his scholarly endeavour principally to the philology of Italian literature and to the history of the book. 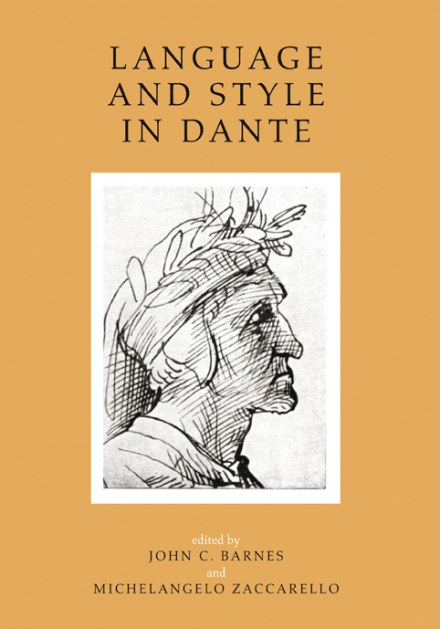