John Plunket Joly and the Great Famine in King's County

While a plethora of works have been published about the Great Famine, particularly during the sesquicentenary commemoration in the mid-1990s, few have examined areas that were not as adversely affected by the calamity. Most Famine studies (if not all) highlight poverty, distress, disease, death, eviction and emigration. This study examines the social world of John Plunket Joly (1826–58) and his family during the Great Famine in King’s County (Offaly). For the Joly family it seems life was undisturbed by the Famine and their daily activities of music, dancing and other activities remained features throughout the period. Their lifestyle, as recorded in the diaries of John Plunket Joly, is one of the few first-hand accounts from people who actually lived through the Famine. The world of the Jolys, a gentry family, contrasts greatly with the plight of the inhabitants of the parish of Clonsast in King’s County in which they lived.

Ciarán Reilly holds a PhD from the Dept of History, National University of Ireland, Maynooth where he is currently employed as Postdoctoral Research Fellow. 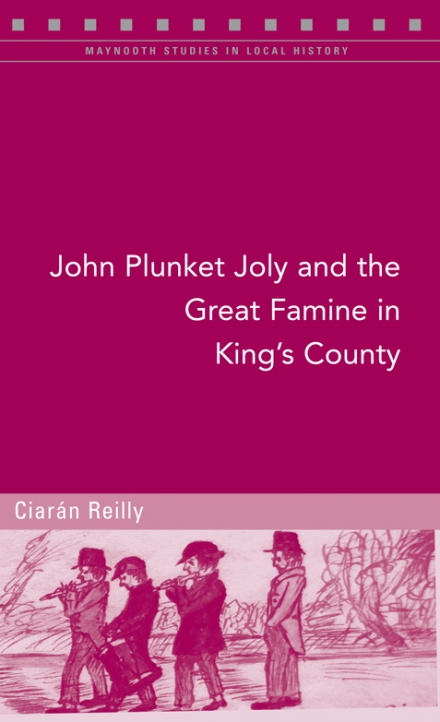