This volume takes as its theme the devotional cultures of European Christianity, from the dawn of the French Revolution to that later revolution which was the Second Vatican Council. At one level it deals with what might be called, in devotional terms, a ‘long nineteenth century’. The collection is divided into three parts. The first is composed of five essays that explore the theme of spiritual and devotional renewal in Norway, Ireland, Italy and France. The second part examines questions pertaining to devotional culture in the arts, with specific studies related to aspects of sacred music, iconography and architecture. The final part addresses the use of devotional instruments, respectively hymnody and religious emblems, to identify individuals and groups over and against a specified ‘other’, whether that ‘other’ be in 1850s’ England, 1930s’ Spain or 1970s’ Belfast. Many of the contributions were first presented as papers at a five-day workshop for the European Network on the Instruments of Devotion (ENID) held at St Patrick’s College, Thurles, Ireland, which culminated in an international conference on ‘The Material Culture of Catholic Devotion, c.1850–c.1950’ in January 2008.

Henning Laugerud is Associate Professor at the Department of Linguistics, Literary and Aesthetic Studies, University of Bergen. Salvador Ryan is Professor of Ecclesiastical History at St Patrick’s College, Maynooth. 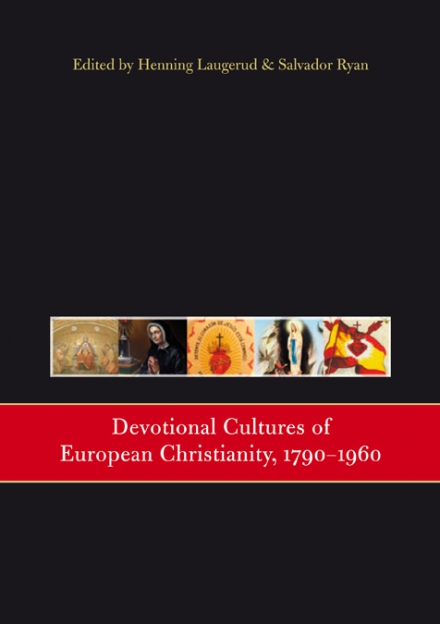