During the Romantic period in the north of Ireland, a circle of bards were corresponding with one another, encouraging each other to pen verse, often united by political sympathies. The correspondence of Samuel Thomson, the ‘Bard of Carngranny’, a schoolmaster poet from Co. Antrim, provides a window on a Romantic circle of poets in the north of Ireland. As Dove Cottage was to William Wordsworth and Samuel Taylor Coleridge, Thomson’s cottage, known as Crambo Cave after the Scots verse parlour game, was a literary nexus for aspiring poets, many of whom aspired to write in the Scots vernacular. Thomson could thereby be described as the father of an independent tradition of Ulster-Scots poetry. Thomson famously corresponded with Robert Burns but a much more complex narrative emerges in which Thomson’s correspondence with Burns is tangential to the roles he played among his own correspondents; first as the tutelary poet of a tradition of Ulster poetry, secondly as fellow teacher and improver; as a Seceder Presbyterian who found himself attracted to evangelical spiritualism in the wake of disappointed patriotism; and, finally as a confidant of members of the United Irishmen. 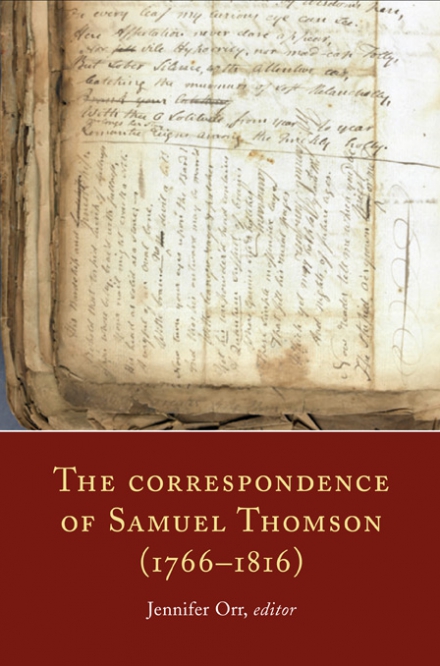